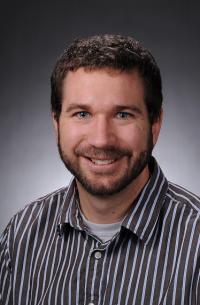 Soybean Rust is a nine-minute-long, computer animated film blended with real-life, in-field videos and time-lapse photography that illustrates the life cycle of the soybean rust fungus. The fungus forms tan to dark-brown or red-brown lesions on soybean leaves. The fungus is unique in that it does not need an open stoma or natural opening in leaves to cause infection. It spreads by airborne spores through wind currents over long distances, and is capable of creating significant yield losses. The film illustrates and animates the process by which the fungus attacks the plant, and how the plant attempts to fight off the infection.

All four faculty and researchers participated in writing the script and providing resources for the film’s production.

“We wanted to produce a video that captured the big picture cycle for soybean rust, but also provided some science-y details that helps explain what is going on,” Mueller said.

Mueller explained that the decision to incorporate animation in the film allowed the team to explain and illustrate the disease on a microscopic and cellular level, as well as better explain how resistance can occur between the disease and the soybean plant.

While farmers in the Northern Midwest don’t usually experience soybean rust, due to the spores’ air travel not reaching the region until harvest season, the disease causes a lot of problems in several countries around the world, and has even caused yield loss in the southern U.S.

Selections to the festival were awarded based on creative and technical excellence, as well as their effectiveness at reaching the respective target audience. According to World Media Festival, experienced professionals from the global community of communications, film production and other subject matters review the works before the festival event. Recipients of all World Media Festival awards will be honored in Hamburg, Germany on May 16-17.